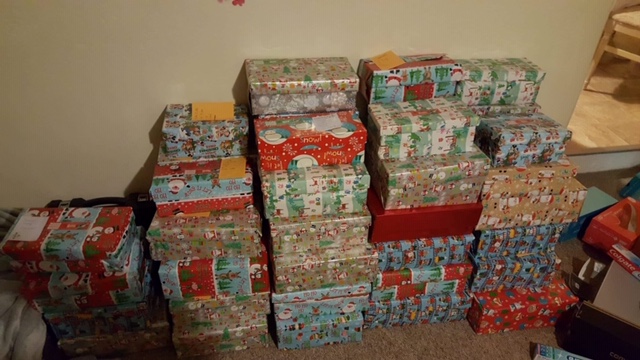 The team at Nock Deighton’s Newport office have been delighted with the response from clients and local people to the Operation Christmas Child appeal.

Operation Christmas Child is a major campaign which has been running since 1990 and has benefited more than 157 million children in over 160 different countries.

The campaign asks for people to fill shoeboxes with gifts which can be given to children who would otherwise have very little to celebrate at this time of year.

The Nock Deighton Newport office has been a collection point for Harper Adams University, which is gathering together boxes from the area ahead of their trip overseas.

Sue Desmond, of the Newport team, said: “It was wonderful to see the generosity from people coming into the office, either with items for us to put into shoeboxes, or with their own shoeboxes already filled with goodies.

“It’s really humbling to think of children who live in such difficult situations where Christmas is just another day of hardship, and anything we can do to help put a smile on their face is a good thing.”

Harper Adams has been collecting shoe boxes which will then be shipped abroad for distribution. The boxes are filled with toys and personal care items giving those children who otherwise wouldn’t receive a present at Christmas a box filled with gifts.

You can learn more about where the shoeboxes are going byclicking here. 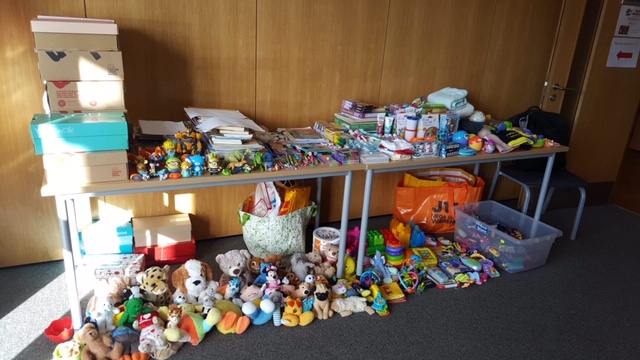 Property of the Month- Up...

Condensation- How to Avoi...

Ever dreamed of owning a ...